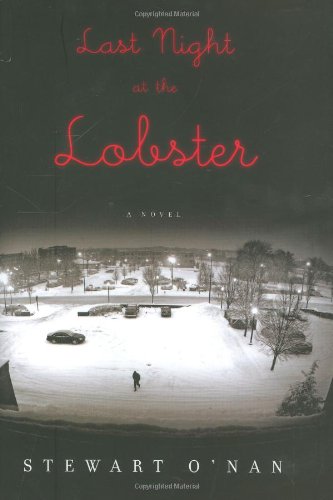 Last Night at the Lobster

Set on the last day of business of a Connecticut Red Lobster, this touching novel by the author of and tells the story of Manny DeLeon, a conscientious, committed restaurant manager any national chain would want to keep. Instead, corporate has notified Manny that his—and Manny does think of the restaurant as —New Britain, Conn., location is not meeting expectations and will close December 20. On top of that, he’ll be assigned to a nearby Olive Garden and downgraded to assistant manager. It’s a loss he tries to rationalize much as he does the loss of Jacquie, a waitress and the former not-so-secret lover he suspects means more to him than his girlfriend Deena, who is pregnant with his child. On this last night, Manny is committed to a dream of perfection, but no one and nothing seems to share his vision: a blizzard batters the area, customers are sparse, employees don’t show up and Manny has a tough time finding a Christmas gift for Deena. Lunch gives way to dinner with hardly anyone stopping to eat, but Manny refuses to close early or give up hope. Small but not slight, the novel is a concise, poignant portrait of a man on the verge of losing himself.