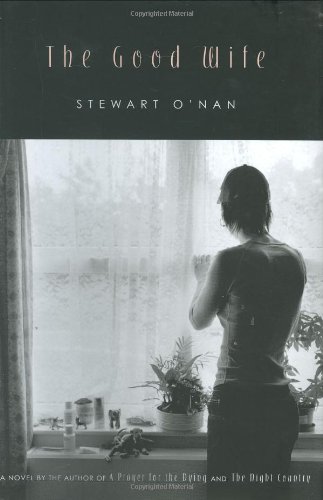 Patty Dickerson, the resilient heroine of O'Nan's forceful, oddly moving ninth novel, is pregnant with her first child and waiting for her husband, Tommy, on a snowy night in the mid-1970s, when the phone rings. It's Tommy, and he's in jail after a robbery. He's been a thief for some time, a fact Patty has refused to acknowledge. Unfortunately, Tommy's latest escapade involves arson and death. Convicted of murder in the second degree, he receives a sentence of 25 years to life. The main story is Patty's, told in the present tense in quietly lyrical and observant prose: the struggle to make ends meet in an economically depressed upstate New York community, the shame of her son's father being in prison, the frustrating and humiliating treatment the penal system inflicts on prisoners and family alike. In a sense, Patty's life is on semipermanent hold over the 28 years Tommy spends in a correctional facility, but of course it isn't really: her son grows up, she visits her husband as often as she can, she works, mostly at dead-end jobs, and eventually she creates a career for herself. In other words, she makes a life that's both with and without her love. O'Nan ( ) has completely captured Patty Dickerson and her dogged determination to endure in this sad but strangely hopeful story.