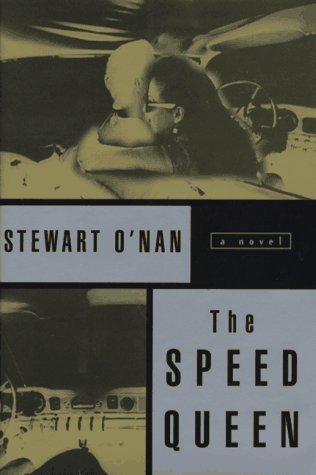 Drugstore cowboys blaze a murderous trail across the American Southwest--then sell book rights to their story--in Granta honoree O'Nan's slick fourth novel. The subject of a pre-publication controversy, O'Nan's original title was Dear Stephen King (a reference to the Gordon Lish novel Dear Mr. Capote), but Doubleday changed the title under pressure from King's lawyers. The book is framed as the death-row confession of convicted murderer Marjorie Standiford, nicknamed the Speed Queen, one of the infamous Sonic Killers. Speaking into a tape recorder furnished by the author enlisted to write her life story (unnamed, but presented as the author of Misery, The Shining and Desperation), Marjorie looks back at teenage life on the outskirts of Oklahoma City, where, as a ""fry man"" at fast-food drive-ins like Long John Silver's, Catfish Cabin and the Sonic, she developed a taste for caffeine, muscle cars and uppers. Smitten with her boyfriend, a car freak named Lamont, she gets pregnant, goes to car shows and learns to mainline speed. Busted for drug possession, she spends six months in jail, where she is seduced by Natalie, a lissome con artist with a fondness for rough sex. When the two are paroled and move in with Lamont, the book shifts into fifth gear: Marjorie finds out that Natalie is bedding Lamont, just as a $9000 drug buy turns ugly and Lamont is tortured by dealers. In a druggy haze, the three hit the open road, murder an elderly couple and botch a gory, Charles Manson-like robbery at a Sonic before being chased down by the police. Marjorie's ingenuous voice, rendered with wit and polish, sounds as stark and hypnotic as a midnight talk-radio host. But Stephen King's role is little more than a gimmick (it's never clear, as in Lish's novel, if the author is merely a figment of the narrator's imagination). Unlike O'Nan's haunting The Names of the Dead, this emotionally airbrushed novel appears ready-made for Hollywood. (Apr.)
close
Details