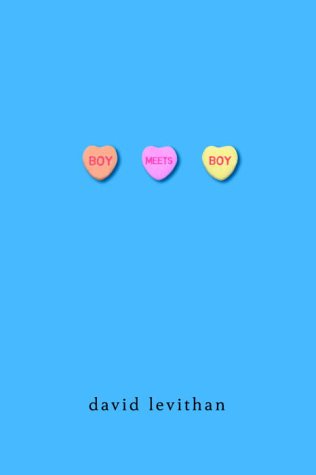 In this gay love story, debut author Levithan imagines a community where sexuality is not a source of conflict. At the high school his characters attend, a drag queen named Infinite Darlene reigns as "both star quarterback and homecoming queen" and there are Joy Scouts instead of Boy Scouts ("When the Boy Scouts decided gays had no place in their ranks, our Scouts decided the organization had no place in our town"). Narrator Paul is a sophomore who has known he's gay since kindergarten. He has supportive parents and friends, and has had a couple of relationships before he meets Noah, who's new to town. But just as their relationship is taking off, Paul's old boyfriend decides he wants him back, and Paul kisses him. Now Paul has to "show" Noah he's serious about him. The story line takes second place to the elements of the setting. The author creates a real wonderland: the cheerleaders ride Harleys, the school fields a quiz bowling team (its captain "score[s] a strike while listing the complete works of the Brontë sisters") and the students frequent a Veggie D's (vegetarians ran the "usual processed-slaughterhouse fast-food joint" out of business, and now the place serves items like Tofu Veg-Nuggets). Most of these eccentricities work well, although a few seem forced (and some seem dated, e.g., references to the TV show and lyrics by The Smiths) and several subplots pall. Those who enter Levithan's sweet new world will find a refreshing, offbeat romance. Ages 12-up.