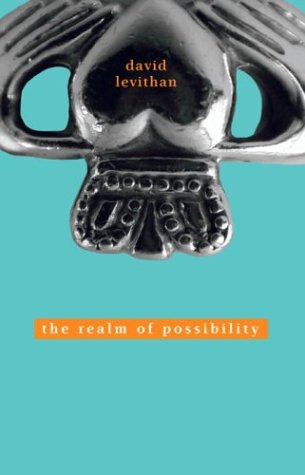 THE REALM OF POSSIBILITY

Through a series of poems, Levithan ( ) introduces readers to a group of friends and acquaintances, including a gay couple celebrating their one-year anniversary, a girl whose mother is dying and an outsider who fills his notebook with "ink explosions of thought." His characters represent a diverse range of sexuality, race and social standing, and most struggle with love relationships, from a boy who wants to help his anorexic girlfriend, to a girl with an unrequited crush on a straight friend. The author experiments with different voices and styles (one series unfolds in song lyrics); some of these poems work better than others. An energetic verse, "Gospel," from a black choir girl who feels bullies "[push her]/ to a kindness they would never/ understand" to help the aforementioned white outsider, reads as authentic and thought-provoking, while an alphabetical poem about a break-up, constrained by its form, grows tedious. Readers may have trouble tracking all of the characters and the various connections between them, but they will find clever lines and inspiring ideas in many of the poems here ("Most of the limits/ are of our own world's devising"). Ultimately, that is what makes this ambitious project a realm worth exploring. Ages 12-up.