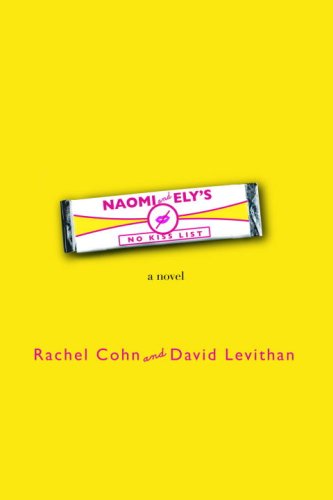 Longtime best friends Naomi and Ely live in the same Greenwich Village apartment building with their mothers while attending New York University. But after Ely, who is gay, kisses Naomi's boyfriend and lies about it, she stops speaking to him, even creating rules for avoiding each other; she does not care so much about her boyfriend, but finally understands Ely “will never love me the way I love” him. Cohn and Levithan ( ; see Reprints, below) once again create characters with attitude and fill their book with wordplay and witty conceits. But unlike Nick and Norah, Naomi and Ely come across as thoughtless and self-absorbed. Part of the problem may be that the authors rotate through the perspectives of numerous characters, including Ely's new boyfriend (Naomi's ex) and a fawning girl from Schenectady who seems to exist mainly to reinforce how cool Naomi is. These characters do not add much—with the exception of a vulnerable doorman who tries to connect with Naomi. Readers will laugh at the fun turns of phrase (Ely accuses Naomi of being “a drama queen before we were old enough to go to Dairy Queen” and appreciate the clever duplication of characters (there are two Robins and two Bruces) which plays into the book's ideas about soul mates, or lack thereof. Naomi's narration is peppered with tiny icons, which look trendy but can be hard for readers to decipher. These playful touches, however, may not be enough to hold the audience's interest until Naomi and Ely reach their own important conclusions about love. Ages 14-up.