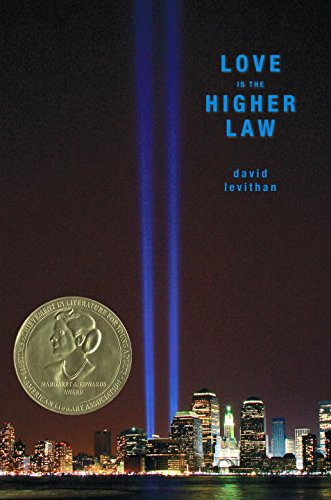 Love Is the Higher Law

Levithan ( ) successfully takes on the task of writing a 9/11 novel that captures the heartbreak of the events of that day through the eyes of three teenagers. Claire, in school that morning, finds herself drawn to late-night walks downtown. Her classmate Peter, waiting outside Tower Records to purchase the new Dylan album, watches the towers fall. And college student Jasper, who had previously met and planned a date with Peter, spends the day collecting papers that have blown into Brooklyn from the World Trade Center (“Something as mundane as two sheets of paper from an office file could provide the final evidence of how vulnerable we are”). Over the next weeks and months, they slowly and tentatively connect with each other, engaging in a healing process parallel to the one New York City itself experiences. Levithan renders the three distinct voices of his characters convincingly, and if some stylistic gambits (notably a 12-page paragraph conveying Peter's post-9/11 uncertainty) miss, more often than not Levithan brings genuine emotion to his portrayal of three broken teenagers helping each other heal. Ages 12–up.