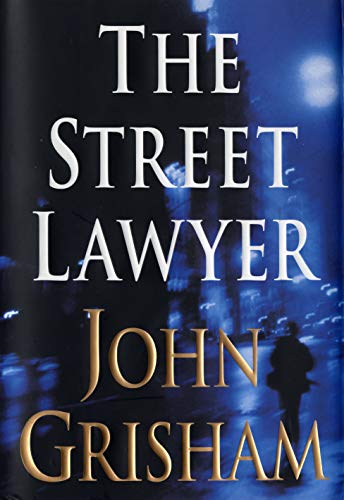 America's most popular author is arguably its most popular crusader as well, tilting his pen against myriad targets, including big law (The Firm, etc.), big tobacco (The Runaway Jury), big insurance (The Rainmaker) and now, in perhaps his sweetest, shortest novel, against anyone, big or little, who treats the homeless as less than human. The expected powerhouse opening involves the hostage-taking--by an armed, homeless man who calls himself Mister--of nine attorneys of a huge law firm headquartered in D.C. Among the nine is narrator Michael Brock, an antitrust lawyer who receives a faceful of blood when a police sniper blows away Mister's head. ""I'm alive! I'm alive,"" Michael cries like Ebenezer Scrooge, but, like Scrooge, this greedy hotshot is ripe for a moral awakening. The next day, Michael visits the shabby offices of Mister's attorney, Mordecai Green, who explains that Mister and others had been illegally evicted from makeshift housing on orders from a real-estate development company represented by Michael's firm. Inspired by Green and shaken by his firm's complicity, Michael volunteers at a homeless shelter. When a family he meets there dies on the street, and turns out to have been among the evictees, Michael quits his job, goes to work for Green and, using as evidence a file he steals from the firm, aims to sue his former employer on behalf of the evictees. In turn, the firm places Michael in its crosshairs, pressuring him to give up the file through legal maneuvers, having him arrested and hints of darker means. The cat-and-mouse between Michael and the firm is vintage Grisham, intricately plotted, but the emphasis in this smoothly told, baldly manipulative tale is less on action and suspense, which are moderate, than on Michael's change of heart and moving exploration of the world of the homeless. Dickens would be well pleased, and so will Grisham's fans. 2.8 million first printing. (Feb.)
close
Details