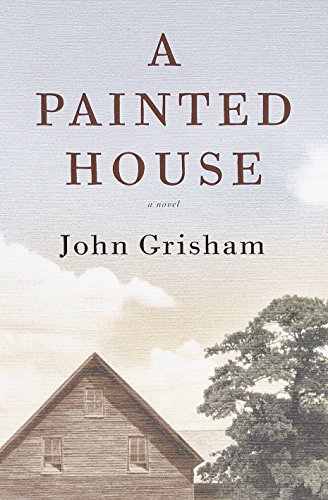 Who needs lawyers? Not Grisham, in his captivating new novel, now between hardcovers after serialization in the Oxford American. Here there are hardscrabble farmers instead, and dirt-poor itinerant workers and a seven-year-old boy who grows up fast in a story as rich in conflict and incident as any previous Grisham and as nuanced as his very best. It's September 1952 in rural Arkansas when young narrator Luke Chandler notes that ""the hill people and the Mexicans arrived on the same day."" These folk are in Black Oak for the annual harvest of the cotton grown on the 80 acres that the Chandlers rent. The three generations of the Chandler family treat their workers more kindly than most farmers do, including engaging in the local obsessionDplaying baseballDwith them, but serious trouble arises among the harvesters nonetheless. Most of it centers around Hank Spruill, a giant hillbilly with an equally massive temper, who one night in town beats a man dead and who throughout the book rubs up against a knife-wielding Mexican who is dating Hank's 17-year-old sister on the sly, leading to another murder. In fact, there's a mess of trouble in Luke's life, from worries about his uncle Ricky fighting in Korea to concerns about the nearby Latcher family and its illegitimate newborn baby, who may be Ricky's son. And then there are the constant fears about the weather, as much a character in this novel as any human, from the tornado that storms past the farm to the downpours that eventually flood the fields, ruining the crop and washing Luke and his family into a new life. Grisham admirers know that this author's writing has evolved with nearly every book, from the simple mechanics that made The Firm click to the manifestations of grace that made The Testament such a fine novel of spiritual reckoning. The mechanics are still visible hereDas a nosy, spying boy, Luke serves as a nearly omnipresent eye to spur the novel along its courseDbut so, too, are characters that no reader will forget, prose as clean and strong as any Grisham has yet laid down and a drop-dead evocation of a time and place that mark this novel as a classic slice of Americana. Agent, David Gernert. (One-day laydown, Feb. 6) FORECAST: Will Grisham's fans miss the lawyers? Not hardly. This is a Grisham novel all the way, despite its surface departures from the legal thrillers, and it will be received as such, justifying the 2.8-million first printing. (For more on Grisham, see Book News, p. 178)
close
Details