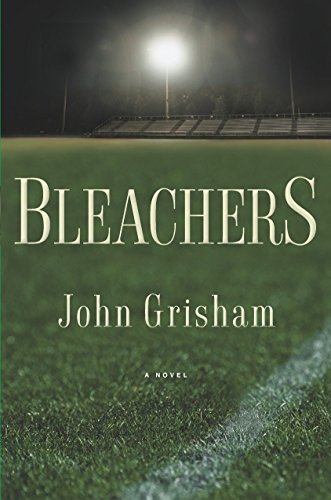 Grisham demonstrated he could produce bestsellers without legal aid with and , and he'll undoubtedly do so again with this slight but likable novel of high school football, a legendary coach and the perils of too early fame. Fifteen years after graduation, Neely Crenshaw, one-time star quarterback of the Messina Spartans, returns home on hearing news of the impending death of tough-as-nails coach Eddie Rake. Neely knows the score: "When you're famous at eighteen, you spend the rest of your life fading away." It's a lesson he's learned the hard way after destroying his knee playing college ball and drifting through life in an ever-downward spiral. He and his former teammates sit in the bleachers at the high school stadium waiting for Rake to die, drinking beer and reminiscing. There is a mystery involving the legendary '87 championship, and Neely has unfinished business with an old high school sweetheart, but neither story line comes to much. Readers will guess the solution to the mystery, as does the town police chief when it's divulged to him (" 'We sorta figured it out,' said Mal") and Neely's former girlfriend doesn't want to have anything to do with his protestations of love ("You'll get over it. Takes about ten years"). The stirring funeral scene may elicit a few tears, but Neely's eulogy falls curiously flat. After living through four hard days in Messina, the lessons Neely learns are unremarkable ("Those days are gone now"). Many readers will come away having enjoyed the time spent, but wishing there had been a more sympathetic lead character, more originality, more pages, more story and more depth.