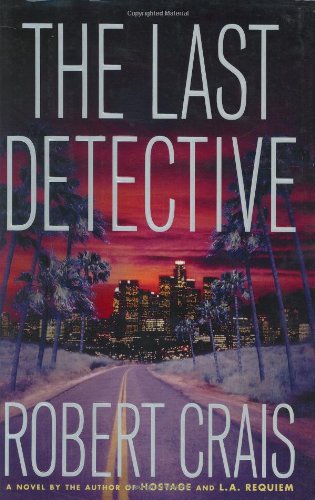 Elvis lives! Elvis Cole that is, Crais's iconoclastic, smart-aleck L.A. PI, last seen in (1997). Violent and action-packed, this eighth book in the series has less of Cole's usual wisecracking but all the intensity and convoluted plotting of his two recent stand-alone thrillers, (2000) and (2001). Cole is babysitting Ben, the 10-year-old son of his lawyer lover, Lucy Chenier, when the boy is kidnapped. As Cole and his super-tough, enigmatic pal, Joe Pike, join the police in the search for Ben, Lucy's obnoxious ex-husband, Richard, arrives from New Orleans with his own investigators. At first, the kidnappers imply they're seeking revenge for atrocities Cole committed in Vietnam. Several powerful, beautifully written flashbacks to Cole's horrendous Nam experiences and his troubled childhood follow. The narrative switches between Cole's vivid first-person point-of-view and a third-person account of a brave, frightened Ben and his savage captors. As the kidnappers' deadline nears and disturbing motives surface, the suspense becomes almost unbearable. The terrible, heartstopping climax is so well written that time seems to stop. Crais combines the thriller and private eye genres into a dazzling novel that is far more accomplished than the sum of its parts.