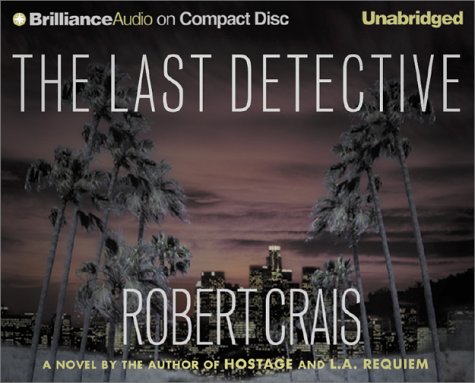 After two bestselling stand-alone novels ( and ), Crais has returned to his popular Elvis Cole series with a thrilling action-adventure yarn. The private eye's eighth and last crusade against evil, , explored the events, from childhood on, that turned his sidekick, Joe Pike, into a hardened killing machine (albeit a moral one). Now it's Elvis's turn to be analyzed, as he tries to rescue his beloved Lucy Chenier's son, Ben, whose kidnapping by ruthless mercenaries apparently was prompted by something in the sleuth's past. With its relentless pacing, large cast, flashbacks to Elvis's unhappy youth and war experiences and constant shifting from first- to third-person narration, the book poses significant problems for an audio interpreter. Daniels, one of the format's prime performers, has given voice to Elvis and Joe before, on the less complex and (both Brilliance titles). He takes the present challenge in stride, using his own voice for the Elvis-narrated sections and an appropriate just-the-facts approach to the straightforward sentences in the third person passages. Just as deftly, he distinguishes the cultured Lucy from the rougher-edged policewoman Carole Starkey (the author's in a surprise cameo); finds an assortment of Louisiana accents for Lucy's ex-husband and his bayou crew; and, most stirringly, treats Pike to a hardboiled whisper Clint Eastwood might mistake for his own. Crais is notoriously protective of his Elvis novels, reputedly rejecting the wealth of Hollywood rather than trust others with his creations. He's got nothing to worry about here.