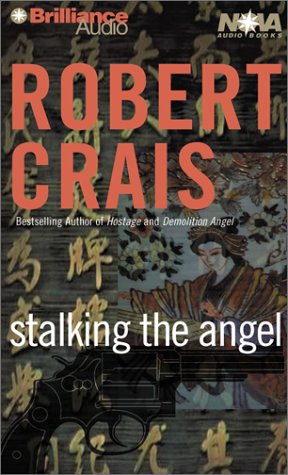 Undoubtedly prompted by the success of recent Crais bestsellers (; ), his audio publishers have gone back to the second book in his increasingly popular Elvis Cole series, originally published in 1989, for a lively and colorful outing that manages to capture much of the author's early innocence and freshness. Stuart brings the quirky Cole to life quickly, combining his strengths (tenacity, incorruptibility, frequent flashes of humor) with his oddities (his love of the Disney artifacts that litter his office) to make a credible whole person. Other characters emerge with equal vocal skill: the enigmatic Joe Pike, Cole's muscular sidekick; a glowering Los Angeles property developer, his alcohol-impaired wife and their fragile adolescent daughter, who winds up being kidnapped by Japanese gangsters. Cole, hired to find a rare Japanese manuscript, discovers that the teenager's fate is very important to him personally—forging a bond between the detective and children in peril that has become a hallmark of the series. For those who have been fans of Elvis since book one, , it's good to have his early adventures around to listen to. For more recent Crais converts, this could prove an eye-opening revelation of how Cole got to be who he is.