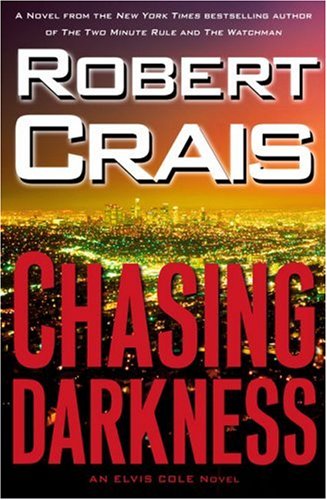 Crais returns L.A. PI Elvis Cole to center stage after 2007's , which showcased Cole's partner, Joe Pike, though Cole doesn't wisecrack as much as usual and he has only a few scenes with close friends to reveal his warmth and decency. This one is all about plot; the story opens with a bang and never slows. While clearing houses in the path of a forest fire in Laurel Canyon, police officers find the body of Lionel Byrd, an apparent suicide. Three years earlier, Cole, working for Byrd's attorney, uncovered evidence that cleared Byrd of a murder charge. Now new evidence suggests that he was guilty of that murder and six others, two of them committed after Cole helped exonerate him. Torn by guilt, Cole plunges into his own investigation, which leads in startling directions. Established fans will enjoy a dramatic story built not on mere twists but on hard 90-degree turns. To get the full richness of Cole and Pike, new readers should start with one of the early novels.