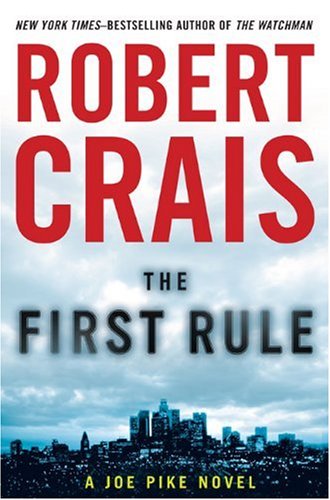 When garment importer Frank Meyer and his family are executed in their Los Angeles home at the start of bestseller Crais's adrenaline-fueled second thriller to feature PI Joe Pike (after ), LAPD detectives soon connect Meyer to Pike, who knew each other from their days as military contractors. Pike is convinced that Meyer, who left soldiering to start a family, wasn't dirty, even though his murder is the seventh in a series of violent robberies where the victims were all professional criminals. Determined to clear his friend's name, Pike discovers that Frank's nanny and her family have ties to Eastern European organized crime. With the help of PI partner Elvis Cole (the lead in and eight other books), Pike engages in a dangerous—and not always legal—game of cat and mouse with some of the city's most dangerous crooks. Pike emerges as an enigmatically appealing hero, whose lethal skills never overshadow his unflappable sense of morality.