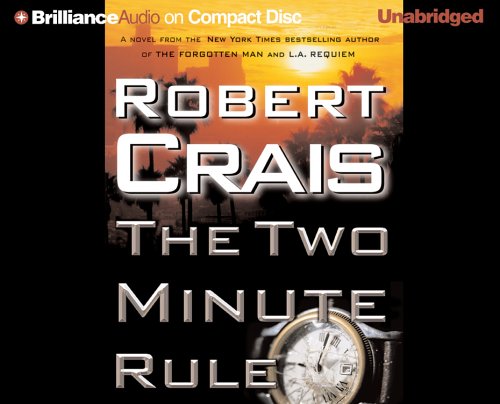 If Bruce Willis's face keeps coming to mind whenever former bank robber Max Holman speaks in this sharp and touching audio version of Crais's latest bestseller, it's not surprising. Willis starred in the movie of Crais's and would be perfect as Holman. But Graybill does a good job of making Max more than just an imitation. His Holman quickly comes to life as a bruised, repentant man seeking revenge against those who shot and killed his 23-year-old LAPD rookie son, just a day before Holman's release from prison. Graybill is also skilled at making the lesser roles real and different: the cops who worked with his son cover a range of voices and attitudes, as do the petty criminals, gang members and assorted villains Max encounters. Graybill is especially good at catching the combination of weariness, frustration and basic decency of Katherine Pollard, the former FBI agent who arrested Holman 10 years ago and is now an unemployed single mother and the only person who will help him search for his son's killers. It's one of the author's best books, and audio listeners should quickly be caught up in its subtle, ironic excitement.