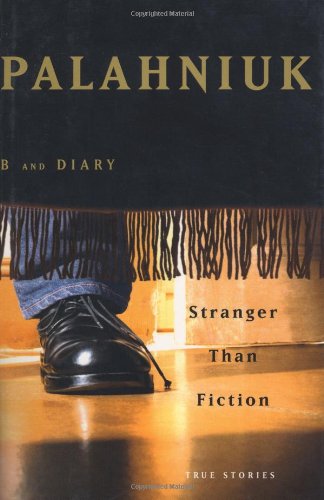 This collection from shock novelist Palahniuk ( ; ) is an eye-opening look at the raw material that goes into Palahniuk's fiction, as well as proof that the novelist's art is derived from keen observation and recording of details. Often these are as grotesque as a closeup in a horror film (e.g., in talking to a group of wrestlers enduring Olympic tryouts, Palahniuk focuses on their injuries, both physical and emotional). Half the essays are magazine assignments and include insightful profiles of rock star Marilyn Manson, indie-movie queen Juliette Lewis and a high schooler who wants to explore space via a homemade rocket. Others offer the author's impressions of a demolition derby, the Rock Creek Lodge Testicle Festival and life aboard the USS . Palahniuk often philosophizes, dwelling on the effects his fiction has had on "reality," especially the obsession his fans have had with his novel . Palahniuk is fixated on the transformation of life's raw material into fiction and the writing process itself, which he sees as having the potential for self-fulfillment. (Incidentally, Brad Pitt, who played 's protagonist, emerges as Palahniuk's alter ego, and a number of the essays play on this theme, creating a patchwork memoir.) Palahniuk's fans will undoubtedly revel in the secrets the author reveals. Newcomers might initially feel queasy, but they're likely to warm up to his visceral prose and come to enjoy it.