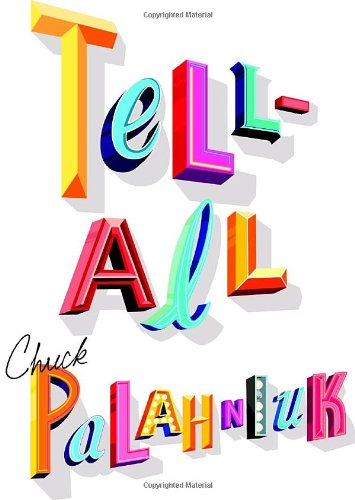 Palahniuk's rude sendup of name-dropping and the culture of celebrity worship revolves around the fate of Katherine Kenton, a much-married star of stage, screen, and television, living in obscurity and searching for a comeback vehicle. Her story is told by Mazie Coogan—her Thelma Ritterish, straight-shooting confidant and protector—whose warning system sounds when Miss Kathie meets Webster Carlton Westward III, who quickly seduces his way into her Manhattan townhouse. It's soon revealed he's working on a memoir about his affair with Miss Kathie, the last chapter of which ends with her anticipated death, the details of which keep changing. The affair coincides with Miss Kathie's comeback in a bombastic Broadway extravaganza penned by Lillian Hellman (who receives inexplicably savage treatment). Throughout, Palahniuk drops names from the famous to the head-scratchingly obscure, peppers the narrative with neologisms supposedly coined by famous gossip columnists (ex-husbands are “was-bands”), and annoyingly styles the text so that nearly every name, brand name, and fabulous venue appears in bold. Unfortunately, this gossipy fantasia is a one-joke premise that, even at its modest length, wears out its welcome well before Miss Kathie's final fade-out.