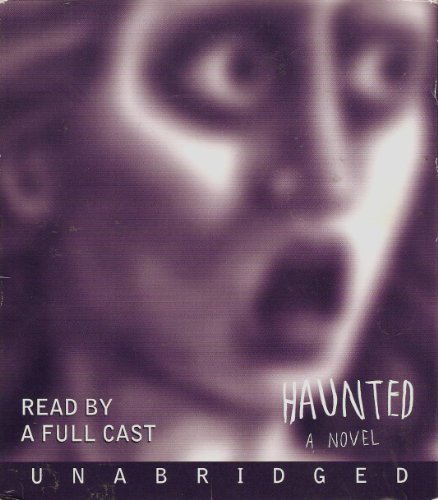 One of Palahniuk's more sweeping and macabre offerings, this is a collection of 23 short stories and poems generated at a fictional writer's retreat turned grotesque survival camp. The pieces range from the stomach-turning to the satirical or the absurd. The seven readers tackling the decidedly offbeat Palahniuk are, for the most part, refreshingly successful. Cashman is a standout, narrating the action at the retreat. His voice shuttles nimbly between the male and female writers, while maintaining the integrity of his own unnamed character. Morey's narration is disappointing on "Guts," the novel's most notorious and gruesome tale, which has reportedly caused some listeners to faint. Morey sounds too mature and polished for this series of wicked adolescent masturbatory nightmares. In general, the multivoiced narration is practiced and professional, with the trio of actresses turning in particularly strong performances. The other side of all that spit and polish is that Palahniuk's humor is occasionally stifled. Some listeners may wonder whether the author's prose is so singular that only he might be capable of delivering it. But overall, an engaging, albeit lengthy, listen.