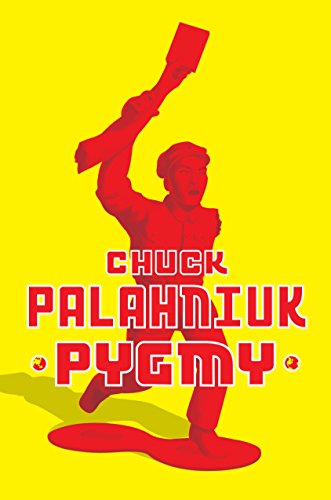 Palahniuk’s 10th novel (after ) is a potent if cartoonish cultural satire that succeeds despite its stridently confounding prose. A gang of adolescent terrorists trained by an unspecified totalitarian state (the boys and girls are guided by quotations attributed to Marx, Hitler, Augusto Pinochet, Idi Amin, etc.) infiltrate America as foreign exchange students. Their mission: to bring the nation to its knees through Operation Havoc, an act of mass destruction disguised as a science project. Narrated by skinny 13-year-old Pgymy, the propulsive plot deconstructs American fixtures, among them church (“religion propaganda distribution outlet”), spelling bees (“forced battle to list English alphabet letters”) and TV news reporters (“Horde scavenger feast at overflowing anus of world history”), before moving on to a Columbine-like shooting spree by a closeted kid who has fallen in love with the teenage terrorist who raped him in a shopping mall bathroom. Decoding Palahniuk’s characteristically scathing observations is a challenge, as Pygmy’s narrative voice is unbound by rules of grammar or structure (a typical sentence: “Host father mount altar so stance beside bin empty of water”), but perseverance is its own perverse reward in this singular, comic accomplishment.