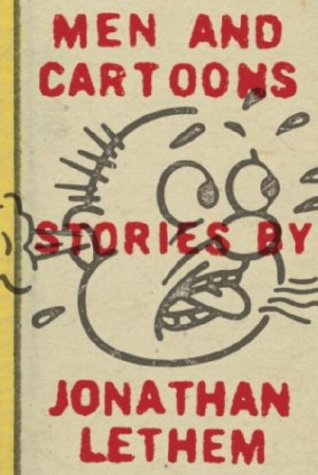 Like Lethem's bestselling novel this collection blends the literary with the fantastical, probing themes of loneliness, failed relationships and the consequences of strange powers. These nine stories, starring comic book heroes and regular folks, are steeped in melancholic nostalgia, absurdist humor and a sly air of cultural critique. The strongest combine character studies with extraordinary elements: in "The Spray," police investigating a robbery in a couple's apartment leave behind an aerosol spray that reveals missing items as glowing images, which the couple subsequently use to find out more than they wanted to know about each other. In "Super Goat Man" and "The Vision," real and imaginary superheroes become the focus for the dashed hopes of characters who can't help feeling spiteful at their loss of innocence. Lethem delves into Borges and Kafka territory in some stories, notably "The Dystopianist, Thinking of His Rival, Is Interrupted by a Knock on the Door." In this surreal fable, a writer of bleak futures invents the perfect literary weapon to defeat his utopianist enemy, only to have it show up on his threshold. "Access Fantasy" is the most straightforwardly science fictional, set in a future when people live in their cars, immobilized by a citywide traffic jam. Stylistically varied, inventive, accessible, Lethem's stories offer a fine appetizer for fans hungry for his next big thing.