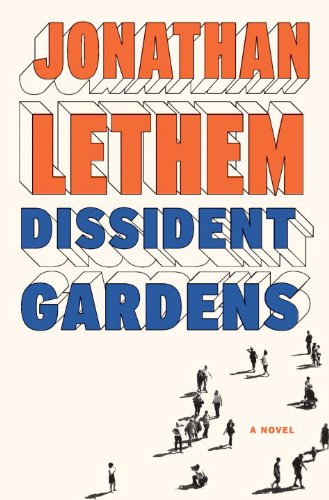 While collective memory might offer some hazy grasp of McCarthyism and the Hollywood blacklists, all but forgotten is the real American Communist Party and its Depression-era heyday. In this epic and complex new novel, Lethem considers what happened to the ACP, as well as some other questions, about maternal isolation and filial resentment. The book begins with the case of Rose Zimmer, in Queens, New York, who was officially ousted from the party in 1955 for sleeping with a black cop. Rose’s daughter, Miriam, is a teenager at the time, and she soon discovers the pull of Greenwich Village bohemians. Rose’s and Miriam’s stories are interwoven, as the narrative moves back and forth in time, uncovering Rose’s doomed relationships, as well as Miriam’s fiery determination to escape her mother’s rage. Miriam’s son, Sergius, also comes into the story—as a child and an adult, juxtaposing three generations—along with Cicero Lookins, the son of Rose’s black cop boyfriend, an unexpected member of the family by proxy and the most interesting character of the book by far. Cicero formed an unexpected relationship with the bitter, Jewish woman as a kid, and, in turn, became a beneficiary of her intellect. All together, the cast makes for a heady, swirly mix of fascinating, lonely people. Lethem’s writing, as always, packs a witty punch. The epoch each character inhabits is artfully etched and the book is as illuminating of 20th-century American history as it is of the human burden of overcoming alienation. Agent: Eric Simonoff, WME Entertainment. (Sept.)
close
Details