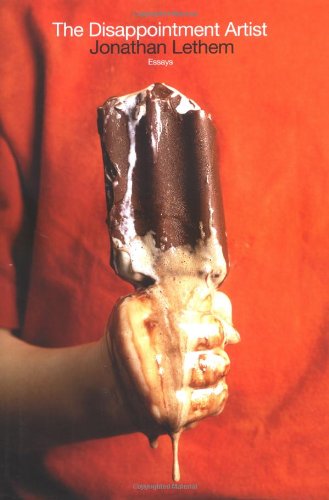 THE DISAPPOINTMENT ARTIST: And Other Essays

Novelist Lethem's new collection of essays starts with an intriguing, if emotionally distant, consideration of his lifelong relationship with popular culture and develops into a moving memoir that transcends those references altogether. As the essays make clear, Lethem ( ) has always been obsessive: he watched 21 times the summer it was released, then followed that with 21 viewings of a few years later; the novels of Philip K. Dick played as large a role in his growing artistic vision as did the canvases of his father, painter Richard Lethem. But the collection doesn't find its purpose until the author strips away the pop culture references to get at what really drives him: the childhood his hippie parents provided for him, his father's artistic influence on him, his mother's early death. The book picks up steam especially in the essay "Lives of the Bohemians," a simple and direct family history in which, for the first time here, Lethem's depiction of himself as a child feels genuine rather than theorized, lived rather than considered. By the end, Lethem fully and beautifully bares himself, admitting that he, like so many, is driven by loss. Only then does he write the truest sentence possible: "I find myself speaking about my mother's death everywhere I go in this world."