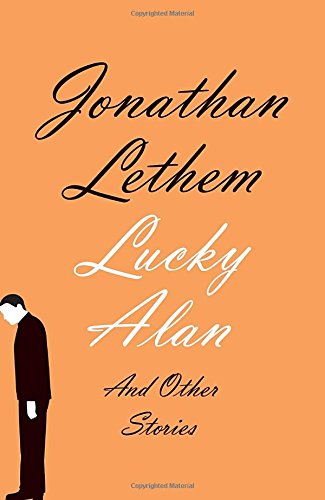 In Lethem’s collection, following the novel Dissident Gardens, the stories use absurdity, satire, or incongruity to contrast the quotidian. A bookstore clerk and his girlfriend obsess over the cadence and precision of language, stalking the reclusive writer they’ve deemed “The King of Sentences” (in the story of that name). In “Procedure in Plain Air,” the main character, sitting outside his favorite cafe, watches a work crew dig a hole in the street, then lower a bound and gagged man into the chasm. In “Porn Critic,” the lonesome Kromer reflects on his titular vocation, realizing his “special literacy was... positively toxic.” Unfortunately, the characters, with exquisitely improbable names like Sigismund Blondy, C. Phelps Northrup, and Invisible Luna, seldom surpass the concepts that formed them, and the ideas of the stories are more promising than the stories themselves. Although nearly every sentence captures Lethem’s sharp wit and copious imagination, reminding us that Lethem himself is perhaps the king of sentences after all, the sum of the parts rarely adds up. The most rewarding exception is “Pending Vegan,” which begins, “Paul Espeseth, who was no longer taking the antidepressant Celexa, braced himself for a cataclysm at Sea World.” The story that follows fulfills this line’s prediction with all the intrigue, emotion, and blunt force of reality. (Feb.)
close
Details