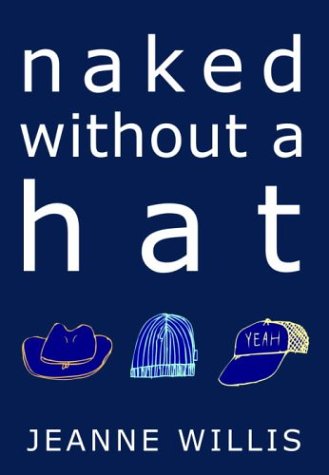 NAKED WITHOUT A HAT

Readers may have difficulty getting a handle on the characters for much of this British novel by the author of Protagonist Will, who moves out of his mother's home at age 19, appears weirdly naïve for his years ("When I said goodbye, I told her there were raindrops on the inside of her glasses. She said yes, that's what they were and to ring if I needed anything"). Will's new boarding-house roommates, Rocko and James, also seem out of touch with the world. Their obsessions and eccentricities (like Rocko's refusal to remove a month-old, half-eaten sausage from the refrigerator and James's tendency to blurt out whatever sexual images are on his mind) are more puzzling and offensive than comical. The role of the boys' landlady, Chrissy, proves to be as confusing as Will's sudden romantic interest in a Gypsy girl who stole his wallet. At last Will's mother re-enters the scene to reveal some family secrets (namely, that Will has Down's syndrome and has had plastic surgery to conceal it). However, the information comes too late to revive interest, and while the news that Will is developmentally disabled helps makes sense of some of the fragmented components of the novel, it does not turn Will into an especially convincing or engaging narrator. Ages 14-up.