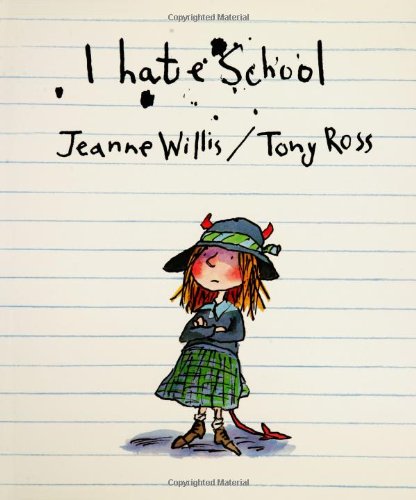 Any child who strongly resists school will find an advocate in young Honor Brown. "My teacher is a warty toad!/ My classroom is a hole!" she wails in this aria of woe, from the team behind and the Professor Xargle series. "The cafeteria ladies feed us worms,/ And rabbit poo, and coal!" Ross clearly relishes this catalogue of horrors; his crisp watercolor-and-ink spot illustrations dutifully chronicle classmates who pose as pirates, a wading pool filled with killer sharks, and a disciplinary policy that advocates throwing students off the roof. But despite what the narrator would like the world to believe about her school, Ross serves up the macabre doings with a cheery wink—there's no mistaking Honor Brown for one of Edward Gorey's beleaguered Gashlycrumb Tinies. Youngsters will grasp from the get-go that she's pushing the envelope with her exaggerations, but they'll identify with and chuckle at her sense of drama. Ages 4-8.