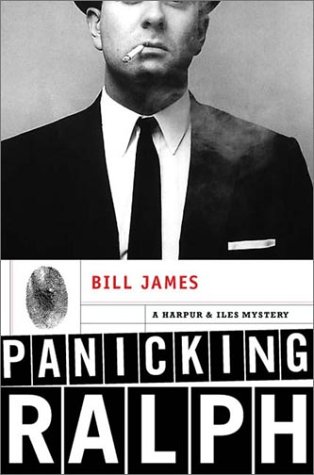 If you're trying to read James's wonderfully mordant Harpur and Iles books in order, this one was originally published in England in 1998—between and . That fact is important only to timeline purists, who keep track of such arcane details as how the decidedly smalltime criminal Panicking Ralph Ember (owner of a superbly seedy drinking club called The Monty) got to be such a large player in the drug trade in the unnamed British city where Detective Chief Superintendent Colin Harpur and his immediate boss, the devious Assistant Chief Constable Desmond Iles, try to maintain order. Panicking Ralph, who looks like a poor man's Charlton Heston and who can work up a sweat just thinking about committing a crime, is one of James's most inspired creations, as is the endearingly vicious Iles. But, as always, the somewhat shaky but finally reliable moral center of each book is Harpur, who here has to go so far underground pretending to be a crooked cop that even his two sharp daughters and his very young girlfriend begin to have their doubts. Add to that large dollops of the trademark James humor ("Whenever I hear the words 'popular culture,' I reach for my Rilke," Iles says to his own beleaguered boss at one point) and you have another excellent entry in a series that is shaping up to be the crime fiction equivalent of Anthony Powell's