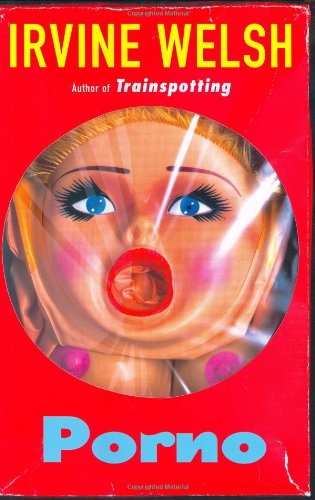 The gang returns in a sequel to Welsh's cult novel, this time trying to scheme their way into the annals of adult entertainment. Ten years older, but criminally irresponsible as ever, Sick Boy, Renton, Begbie and Spud are still focusing on illicit drugs and seedy sex. Budding entrepreneur Sick Boy—or Simon, as he prefers to be called now—comes up with the brilliant idea of starting a porno flick company in Edinburgh, and hunts down Renton in Amsterdam, where his former friend owns a nightclub. With the help of Nikki Fuller-Smith, a ravishing and frustrated undergraduate film student and part-time sex worker aching for fame, the two begin filming and marketing their first movie, making it all the way to the top of the industry before the inevitable crash. Meanwhile, homicidal Begbie and pathetic Spud lurk in the background, waiting to crash the party. To boost the hormonal rush of the narrative, Welsh tells the story from different points of view, the thickness of the dialect varying convincingly from voice to voice (English Nikki quotes from , while the nearly incomprehensible Begbie says things like "Ah lits um go tae git the bat wi baith hands"). As has been noted many times, Welsh has an uncanny talent for dialogue, and his writing is often diamond sharp (a sexual encounter is described as "raging bull and mad cow get on board the love boat"). If this follow-up feels less urgent than the original, it is no reflection on Welsh, but rather on the growing familiarity of the terrain he has so inimitably staked out.

In our review of Michael Malone's (Fiction Forecasts, Sept. 23), we included a phrase in quotation marks, "knows to keep her place in a white man's world"; in fact, this phrase does not appear in the novel, and we apologize for any confusion.