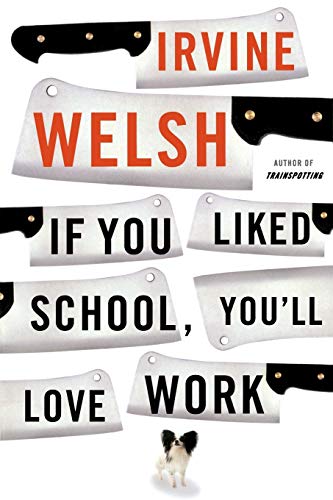 The author of gives a master class in gallows humor in his first story collection since (1995). Three of the five stories take place in the U.S., and Welsh relishes punishing ugly Americans. In “Rattlesnakes,” a trio of vapid hedonists lost in the desert are forced to perform sexually degrading acts by an unhinged illegal immigrant, while “The DOGS of Lincoln Park” finds a bitchy Chicago princess throwing a hissy fit over her missing papillon, Toto, who she fears has landed in her Korean neighbor's crock pot. Page-turners both, but the characters are too easily satirized. More likable is the narrator of “Miss Arizona,” an aspiring auteur whose interviews with his filmmaker hero's ex-wife turn increasingly creepy. Welsh shines in the title story, about an ex-pat skirt-chasing bar owner in the Canary Islands, and the novella, “The Kingdom of Fife,” set in a glum Scotland town. Narrative duties in the last are shared by “wee” Jason King, a former jockey and current compulsive masturbator and table football champion, and Jenni Cahill, a horse jumper and local gangster's daughter. That a story featuring a gruesome decapitation, dogfighting, equine death and rampant wanking can produce such an amiable effect is testament to Welsh's delightful degeneracy.