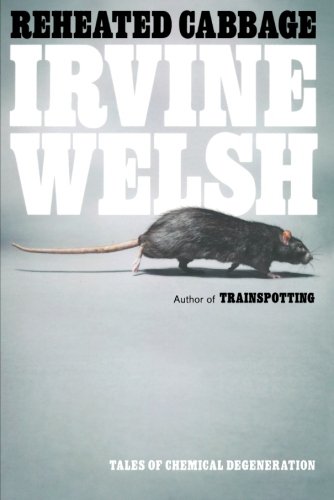 Welsh returns to the world of drug-ingesting, lager-swigging and “fitba”-loving Scotsmen in this hilarious collection from his years. The material may be old, but the slang still sings in these stories of scrappers attempting to become lords of whatever tiny domain they can conquer. There’s ’s volatile Begbie, at his mom’s house for Christmas and trying to endure his sister’s new beau in “Elpseth’s Boyfriend.” In “A Fault on the Line,” Malky doesn’t want to let anything—not even a horrific accident—stop him from missing the kickoff of a footie match. These stories of blustering, emotionally befuddled men and the luckless women who love them also includes less traditional (for Welsh) fare, like “The Rosewell Incident,” in which an alien race learns about Earth culture from a Scottish hood, and “I Am Miami,” about a retired Scottish school teacher who runs into a pair of disgruntled former pupils in Miami. Welsh shines most brilliantly when portraying his solipsistic Scots head-butting the rock-hard ceiling in hopes of escaping, be it through booze, drugs, soccer or sex, from a violent world that offers little peace but plenty of humor.