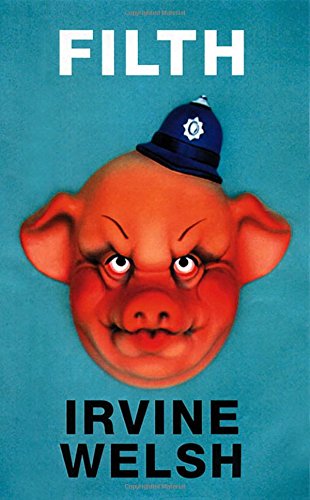 Another scabrous, lurid, blackly comic novel from America's favorite Scottish enfant terrible, this one does for present-day Edinburgh what James Ellroy does for 1950s Los Angeles. Welsh begins with a detective's investigation into a murder--the death of a Ghanaian ambassador's son--and turns it into a vivid exploration of the detective's own twisted psyche and seedy milieu. Detective Bruce Robertson finds himself preoccupied not with the murder but with his own genital eczema, sadistic sexual antics involving any number of girlfriends and prostitutes, his increasingly chronic appetite for coke, alcohol and greasy fast food and, finally, the parasite that has taken up residence in his intestines. Welsh effectively plays off Robertson's bilious narration with the coolly insistent voice of another entity--the tapeworm, who seems to be the repository of Robertson's childhood memories and what is left of his superego--as the detective spins out of control, wasting himself in increasingly risky games of erotic asphyxiation with one of his mistresses (ex-wife of another detective), machinations to undermine his colleagues, and misanthropic rage: ""Criminals, spastics, niggers, strikers, thugs, I don't fucking well care, it all adds up to one thing: something to smash."" Even for readers who have mastered Welsh's Scots dialect, such an eloquently nasty narrator can be exhausting. As in the past, Welsh himself sometimes seems rather compromised as a satirist by the glee he takes in his characters' repulsiveness. Yet if this hypnotic chronicle of moral and psychological ruin (funnier and far more accessible than Welsh's last full-length novel, Marabou Stork Nightmares) fails to charm a wide readership, it will not disappoint devotees. Editor, Gerald Howard; author tour. (Sept.)
close
Details