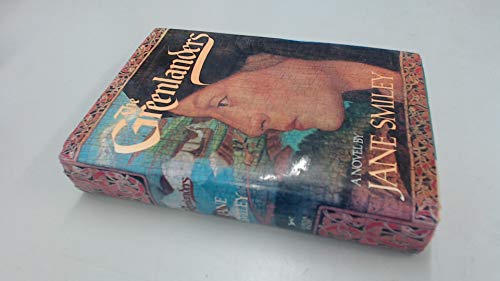 In this vast, intricately patterned novel, Smiley accurately captures the voice of the medieval sagas. Understated, scattered with dreams and warnings, darkened by the brooding sense of unavoidable disasters to come, it is the tale of a Scandinavian settlement that lasted perhaps 500 years. With a meticulous attention to detail, the novel brings daily activities to lifefrom cheese making to hunting walruswhile examining the passions of a people under stress. The action centers on the family of Gunnar Asgeirsson. Gunnar's sister Margret is married off to Olaf, but he fails to consummate the marriage, and Margret begins a clandestine affair with a Norwegian sailor, Skuli Gudmundsson, who has stayed on in Greenland as a household retainer. Violence and tragedy ensue, and as Margret's unhappiness increases, her character hardens, and she offers her labor as an itinerant servingwoman. Although Margret is not always onstage, the novel spans the years of her long life. A foil to Margret, but no luckier, is Gunnar's wife, Birgitta, who is gifted with second sight. It is she who sums up the overriding sense of futility: ""We have come to the ending of the world, for in Greenland the world must end as it goes on, that is with hunger and storms and freezing.'' Like the original Norse sagas, The Greenlanders roves restlessly from one folk group to another. Many of their destinies interlock, and certain exterior forces prey upon them all: the harsh climate; the marauding ``skraelings,'' aboriginal Eskimos regarded as demons; outbreaks of bubonic plague and famine. Compulsive feuding, a witchcraft craze and a willingness to heed the apocalyptic prophecies of the madman Larus help to tear the society apart. As in her previous fiction (Duplicate Keys, The Age of Grief), this novel reveals Smiley's skill in delineating the behavior of individuals confined within a group. Her depiction of an isolated medieval folk battling for survival has a modern relevance. 50,000 first printing; Literary Guild alternate. (April)
close
Details