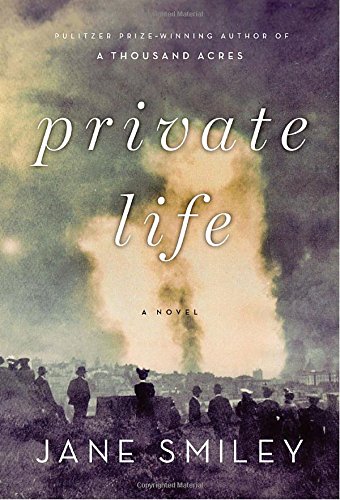 The Pulitzer Prize–winning author of delivers a slow-moving historical antiromance in her bleak 13th novel. In the early 1880s, Margaret Mayfield is rescued from old maid status by Andrew Jackson Jefferson Early, an astronomer whose questionable discoveries have taken him from the scientific elite to a position as a glorified timekeeper at a remote California naval base. Margaret’s world is made ever smaller as the novel progresses, with no children to distract her and Andrew more excited by his telescope than his wife. Isolation and boredom being two dominant themes, the book is a slow burn, punctuated by detours into the larger world: the Wobblies, the 1906 San Francisco earthquake, and both world wars. The old-fashioned language can be off-putting, though it does make the reader feel like a reluctant second wife to Andrew as his failed scientific theories are revealed in tedious detail and the gruesome monotony of marriage is portrayed in a repellant but fascinating fashion. Thus, when Margaret finally realizes her marriage is “relentless, and terrifying,” it feels wonderfully satisfying, but the proceeding 100 pages offer a trickle of disappointment and a slackening of suspense that saps hard-earned goodwill.