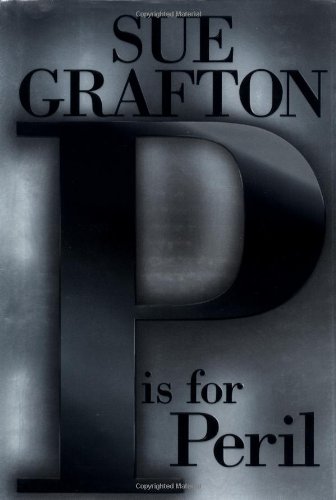 P IS FOR PERIL

PI Kinsey Millhone's trademark dry sense of humor is largely absent in the first half of the 15th book in this justifiably popular series, though it resurfaces as the suspense finally begins to build in the second half. In the bleak November of 1986, Kinsey looks into the disappearance of Dr. Dowan Purcell, who's been missing for nine weeks. Dr. Purcell is an elderly physician who runs a nursing home that's being investigated for Medicare fraud. His ex-wife, Fiona, hires Kinsey when it seems as though the police have given up on the search. Fiona thinks that he could be simply hiding out somewhere, especially since he's pulled a disappearance stunt twice before. However, Purcell's current wife, Crystal, believes that he may be dead. Kinsey is dubious about finding any new leads after so much time has elapsed. She's also worried about having to move out of the office space she now occupies in the suite owned by her lawyer, and between her interviews with suspects she tries to rent a new office from a pair of brothers whose mysterious background begins to make her suspicious. Grafton's Santa Teresa seems more like Ross Macdonald's town of the same name than ever before, with dysfunctional families everywhere jostling for the private eye's attention. The novel has a hard-edged, wintry ambience, echoed in Fiona Purcell's obsession with angular art deco furniture and architecture. Unfortunately, Grafton's evocation of the noir crime novels and styles of the 1940s, although atmospheric, doesn't make up for a lack of suspense and lackluster characters.