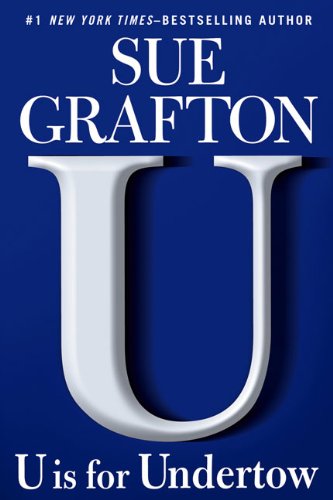 U Is for Undertow

False memory syndrome provides the core of bestseller Grafton's intriguing 21st crime novel featuring wry PI Kinsey Millhone (after ). In 1988, Kinsey takes on client Michael Sutton, who claims to have recovered a childhood memory of men burying a suspicious bundle shortly after the unsolved disappearance of four-year-old Mary Claire Fitzhugh in 1972. But Sutton has a track record of unreliability, and Kinsey must untangle and reconfigure his disjointed recountings to learn if they are truth or fiction. Chapters told from the point of view of other characters in other time periods add texture, allowing the reader to assemble pieces of the case as Kinsey works on other aspects. A subplot involves Kinsey wrestling with conflicting information about her estranged family. Though whodunit purists may be a bit disappointed that the culprit is revealed well before book's end, both loyal Kinsey fans and those new to the canon will find much to like.