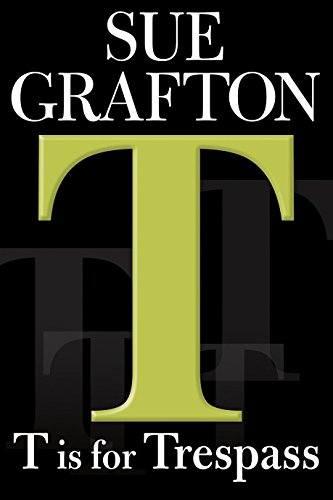 T Is for Trespass

The 20th Kinsey Millhone crime novel (after 2005's ), a gripping, if depressing, tale of identify theft and elder abuse, displays bestseller Grafton's storytelling gifts. By default, Millhone, “a private investigator in the small Southern California town of Santa Teresa,” assumes responsibility for the well-being of an old neighbor, Gus Vronsky, injured in a fall. After Vronsky's great-niece arranges to hire a home aide, Solana Rojas, Millhone begins to suspect that Rojas is not all that she seems. Since the reader knows from the start that an unscrupulous master manipulator has stolen the Rojas persona, the plot focuses not on whodunit but on the battle of wits Millhone wages with an unconventional and formidable adversary. Grafton's mastery of dialogue and her portrayal of the limits of good intentions make this one of the series' high points, even if two violent scenes near the end tidy up the pieces a little too neatly.