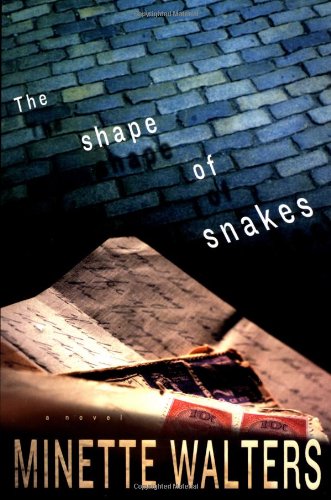 THE SHAPE OF SNAKES

For 20 years Mrs. Ranelagh has quietly collected evidence about the suspicious death of her neighbor, a black woman known as "Mad Annie," whose body was found in the gutter one evening. London police concluded that Annie was hit by a passing truck. But Ranelagh—now armed with letters, statements and testimonials from both official and nonofficial sources—is convinced she was beaten to death in a fury of racial hatred. Moreover, she suspects that one of her neighbors, or even her husband, Sam, may have been the killer. From such an intriguingly simple setup springs another searingly narrated psychological drama by Edgar-winner Walters in which manners and other forms of propriety slowly give way to raw, ugly emotion. Ranelagh, the story's narrator, is a middle-aged woman whose restrained public persona masks a bitter, unsparing nature driven by a life of disappointment and futility. She herself was scarred by Annie's death, terrorized in the months following for being a "nigger lover" and publicly doubting the police version. Not only does she want to find out who killed Annie, she wants personal revenge. One by one, she confronts her old neighbors—a disparate cast of losers and social climbers—now spread across the London area. Ranelagh's search, however, turns into not only a quest for justice but an agonizing odyssey that forces to the surface painful truths about herself and her family. Keeping track of all the players can be a challenge. Yet Walters (; ) has again created a consuming main character in Ranelagh and a tightly coiled plot that whiplashes with cruel efficiency.