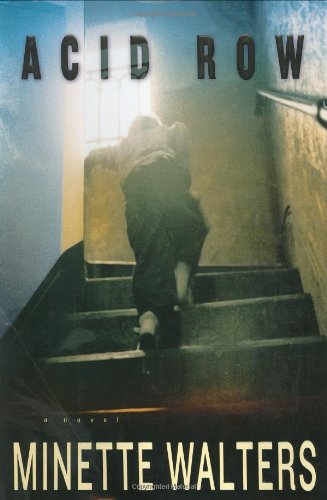 Ever since she won an Edgar back in 1993, Walters has continually worked outside the standard boundaries of crime drama. Psychological suspense may be the best tagline for her novels, but it still doesn't quite catch her tenor. Her heroes, for example, are anything but—moody, disagreeable. Her dialogue wanders and stews and then jabs like a bayonet. Her plots often evolve out of sequence. She simply won't walk the line—and she's confoundingly good at taking liberties. Here, Walters transports readers to Acid Row, a dungeon of a housing project in a London suburb populated by single mothers, fatherless children, criminals fresh from prison, gangs and the helpless elderly. It's a community, however, bonded in its destitution, suspicious and unwelcoming of outsiders. When word leaks out that the government has placed a pedophile in No. 23, the beleaguered residents begin to simmer. Then, when a 10-year-old girl goes missing, Acid Row explodes into open revolt. With frightening clarity, Walters breaks down the daylong riot into recurring vignettes. There's the anguish of Sophie Morrison, a young doctor taken hostage by the pedophile and his vicious father; swaggering ex-con Jimmy James, who rises to the occasion with bursts of reluctant heroism; the cowering police and their pathetic attempts at restoring order; and the evasive parents of Amy Biddulph, the little girl nobody can find. Walters (; Edgar-winning ) pulls it all off with rhythmic brilliance, the narrative flowing smoothly. Again, she demonstrates her eye for the sociological and psychological avalanche provoked by human temptation and people living in cramped quarters. With her eighth novel, Walters continues to navigate literary pathways few have ventured down before her.