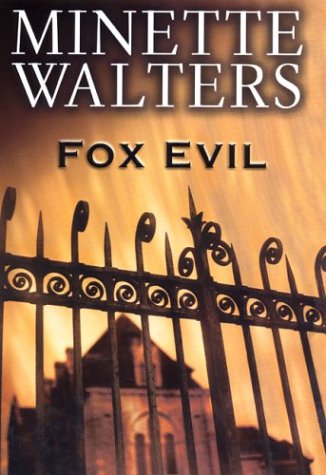 Walters (; ; ) is considered by many to be the preeminent crime novelist writing in England today. This psychological thriller, her ninth novel, should satisfy both aficionados of the traditional English cozy and readers who prefer mysteries with a grimmer edge. Walters's dark drama unfolds in the tiny Dorset village of Shenstead, where Col. James Lockyer-Fox's wife, Ailsa, dressed only in flimsy nightclothes and boots, has been found dead on the terrace of Shenstead Manor. A coroner's jury declares James not guilty, but a telephone harassment campaign by unknown persons accuses him not only of the murder but other heinous crimes as well. This unrelenting pressure drives the colonel into a deep and debilitating depression. London solicitor Mark Ankerton steps in to prove his friend James innocent and to clear up the question of just what Ailsa was doing locked out of the house on a freezing night in her underwear and Wellies. His investigation leads him to a nearby group of Travelers—modern-day gypsies who roam the countryside in converted buses—who are squatting on unclaimed land, attempting to seize the property. The Travelers are led by the monstrously evil Fox, whose own agenda is much more complicated than a simple desire for free real estate. Award winner Walters rounds out her novel with several subplots, including confrontations between fox hunters and hunt saboteurs and other small scandals of rural life, all tied in the end to the resolution of the story. The writer's many fans will thoroughly enjoy this hefty, stand-alone mystery, but psychological thriller readers who are more interested in thrills than psychology may find the going a bit too slow and the eventual denouement too complicated by half.