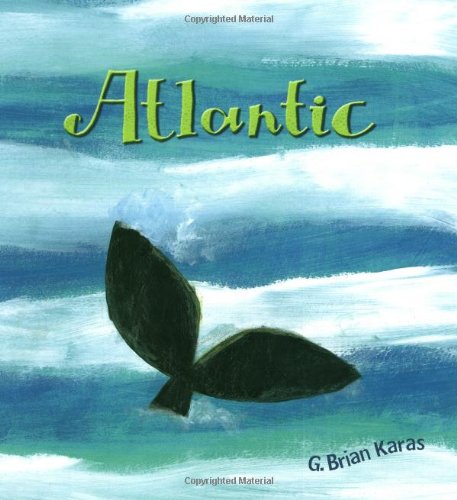 "I am the Atlantic Ocean," announces the watery narrator of this artistically intriguing but sometimes confusing book. The first-person narrative enumerates facts ("The sun/ so many millions of miles away/ heats my water,/ which turns into clouds and storms") and an afterword ("Some Things About Me") registers a plea for the care of the oceans. The Atlantic's voice is child-centered ("I stretch from the icy poles/ North and South/ I rub shoulders with North America/ and bump into Africa"), and Karas populates the gouache, acrylic and pencil illustrations with wistful, cartoon-like children. However, both art and text often require some sophistication and prior knowledge for understanding. For example, young readers may not have the historical dexterity to comprehend why a 19th-century schooner appears next to a modern ship or why the accompanying text declares, "First I was discovered/ (even though I was here first)/ and then conquered." Skewed perspectives and textured layers of color keep the paintings varied and interesting, but the abstract viewpoint and relative size of objects seem unnecessarily puzzling. The author ameliorates the recitation of facts with the occasional interjection of folksy humor ("That salty smell is me too") but the levity creates an inconsistent tone overall. Ages 4-8.