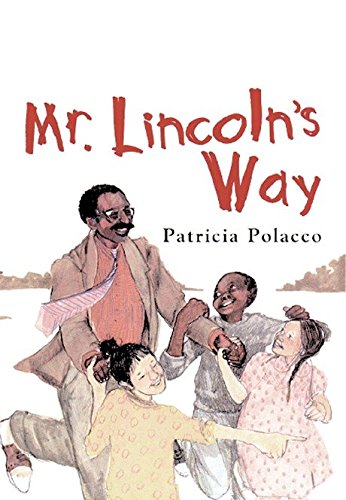 Everyone thinks Eugene "Mean Gene" Esterhause, the school bully, is trouble "with a capital T." Everyone but Mr. Lincoln, that is, "the coolest principal in the whole world," who is determined to reach the boy after he's caught calling an African-American first-grader a racist name. Mr. Lincoln enlists Eugene's help in attracting birds to the school's new atrium, a project the fourth grader embraces with enthusiasm. Nevertheless, he again makes racist remarks and lands in the principal's office ("My old man calls you real bad names, Mr. Lincoln. He's got an ugly name for just about everybody that's different from us," the boy says to the African-American principal). Mr. Lincoln points out a heavy-handed parallel—the diversity of the birds that Eugene loves. Mr. Lincoln helps free the boy from intolerance, just as Eugene finds a way to free the baby ducklings and their parents from the atrium so they can reach the pond outside. Polacco's () artwork is assured, from the carefully delineated birds to the expressive faces of her characters, but the intertwining themes result in a thumping message and a too-tidy solution. Ages 6-9.