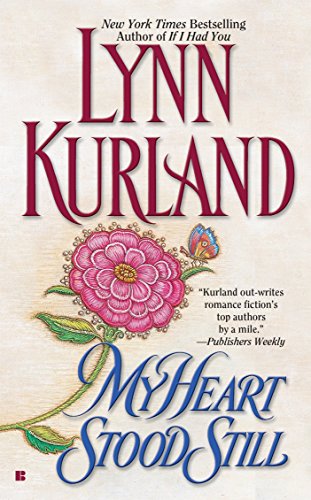 When restless tycoon Thomas McKinnon visits an ancient Scottish castle he had purchased on a whim, he's stunned to find the crumbling keep teeming with ghosts. One spirit in particular swiftly captures his attention and his heart. Beautiful Iolanthe MacLeod has haunted the castle for the past six centuries, and she's unwilling to relinquish her home to the handsome foreigner. Thomas is determined to stay, however, and despite the absurdity of the situation, he settles in and attempts to woo her. The novel becomes even more convoluted when Thomas decides to travel back in time through a secret portal on the castle grounds in order to rescue Iolanthe before her untimely death and bring her to the 21st century. Iolanthe fears that her past self won't know him, but Thomas's simple, shortsighted response is, "There's no reason you can't remember the future." Despite Kurland's perky, humorous voice, her flat characters—including a group of protesting preservationists, Thomas's whining ex-fiancé and a handful of belligerent ghosts—prevent this overworked narrative from taking off. Still, readers who enjoy frothy time travel romances and lightweight ghost stories may derive a few laughs.