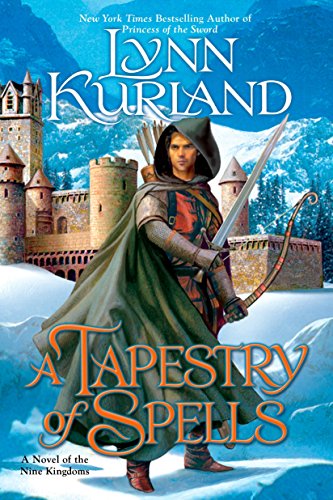 A Tapestry of Spells

Charming, romantic, and verging on the wistfully sweet, Kurland's PG-rated paranormal serves as a strong start to a new series. Ruith has carefully cultivated a reputation as a terrifying wizard despite having personally renounced magic, but his fierceness isn't enough to stop Sarah of Doire, a witch's daughter who has no magic, from asking him to help fight her brother, Daniel, who has decided to destroy the Nine Kingdoms with dark magic that once belonged to Ruith's father. Pretense, reputation, and generational guilt provide powerful motivation to stop the diabolic Daniel, who has more intention than ability. Can Sarah and Ruith stop him without letting each other in on their closely guarded secrets? Kurland deftly mixes innocent romance with adventure in a tale that will leave readers eager for the next installment.