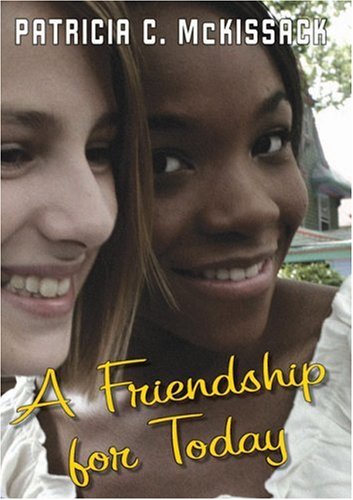 A Friendship for Today

McKissack ( ) reaches into her own childhood to shape this immediate and affecting novel narrated by strong and smart Rosemary. She enters sixth grade in 1954, just after her Missouri town acts upon the Supreme Court school desegregation decision and closes the "colored school" the girl has attended. Since her best friend, J.J., contracts polio just before school starts, Rosemary is the only black child in her class at her new school. Her first day, she wears a pink dress with lace, while the other kids have on pants and tennis shoes ("She looks like one of those dressed-up monkeys they have at the zoo," a classmate says). And her assigned seat is right next to Grace, her neighborhood nemesis, who comes from a racist family ("They hate colored people and don't mind telling us"). The graceful narrative splices together several survival stories, as Rosemary copes with her peers' prejudice and her parents' disintegrating marriage, and J.J. endures grueling polio treatments. One of the tale's most poignant threads is the evolving friendship between Rosemary and Grace; in an especially incisive passage, after Grace confides that her abusive father believes white people are superior, Rosemary asks, "You know better, don't you?" to which Grace answers "Now I do." Rosemary replies, "That's what counts with me." A real, at times raw tale about a winning and insightful young heroine during a bittersweet era. Ages 9-12.