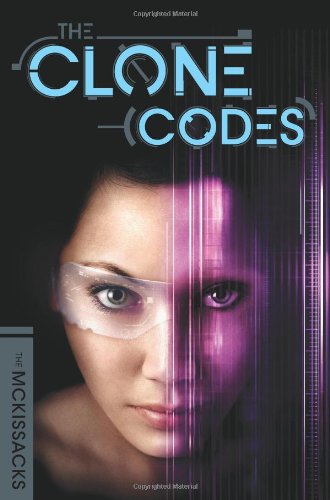 Thirteen-year-old Leanna has run from slave catchers with Harriet Tubman thanks to a virtual reality history class. Yet like many people in the year 2170, she believes clones aren't human, and thus keeping them as slaves doesn't bother her. But Leanna's world is shaken when her mother and a close family friend are arrested as suspected traitors for wanting to give clones civil rights. And when a discovery turns her world upside down and she makes a friend who belongs to a group she believed to be nearly as bad as clones, Leanna discovers that saving herself and her mother means joining the fight for clone equality. But even being immersed in the oppressed culture does not lead to Leanna's instant conversion. The McKissacks ( ), working with their son John for the first time, portray a plugged-in 22nd-century America that is recognizably descended both from contemporary prejudices as well as a modern reliance on technology. The story is tight and fast-paced, yet makes room for historical parallels that are vivid without being preachy. An intriguing start to a planned trilogy. Ages 9–12.