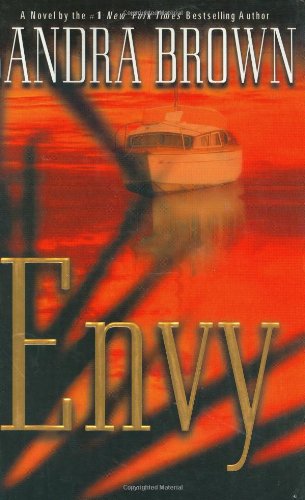 Style and form are usually the least of prolific bestselling romance/thriller writer Brown's concerns, but in her latest effort she takes on an unusual challenge, setting out to craft a novel within a novel within a novel. The onion begins to peel when editor Maris Matherly-Reed plucks a prologue from the slush pile and finds herself hooked by the steamy prose. The author has furthermore titillated her by breaking the rules: no SASE, no cover letter. Maris knows only that his initials are P.M.E. and he lives on St. Anne Island in Georgia. (How does she know P.M.E. is a man? She... knows.) Gutsy, idealistic, deliciously sexy, Maris is married to philandering sociopath Noah Reed, who runs Matherly Press with Maris and her father, Daniel, last of the silver-maned gentleman publishers. As for P(arker) M(ackensie) E(vans), he's a bitter, wheelchair-bound, first-time novelist—or is he? Is he using Maris to avenge himself against Noah, or does he love her madly—or can the answer be all of the above? Cutting back and forth between the übernovel and Parker's autobiographical novel about a purloined novel, Brown stages one dramatic scene after another. The narrative voices don't change much (although the typefaces do), but Brown's loyal legions frankly won't give a damn.