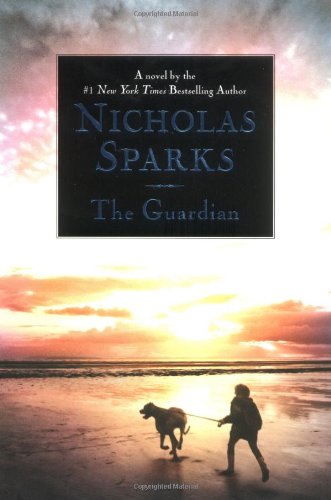 On Christmas Eve, Julie Barenson, 25 years old and newly widowed, finds an unexpected present—a Great Dane pup that her late husband, Jim, had arranged for her to receive after he died from a brain tumor. On that melodramatic note, bestselling author Sparks () begins his latest love story, one in which he combines elements of romance with those of a thriller. Julie's new dog, Singer, turns out to be a better judge of character than she, which is unfortunate because the dog nearly gives away the book's ending when he growls warily at Richard Franklin, the new man in Julie's life. On the other hand, the pooch loves to be around Mike Harris, Jim's best friend, who has grown to love Julie. Richard's increasingly bizarre behavior causes Julie to break up with him, and his subsequent stalker tactics make for compelling action, especially when he plots to destroy the budding romance between Julie and Mike. But the writing is lax at best, with multiple point-of-view shifts in the course of one page or even one paragraph. Secondary characters are two-dimensional, such as Pete, the dumb cop who is taken in by the scheming Richard, and Andrea, Julie's co-worker at the local hair salon, a low-class broad from the wrong side of the tracks who might as well have "next victim" tattooed on her forehead. Yet Sparks fans clamor for his brand of love story, and, with the added punch of suspense, this one will be another bestseller.