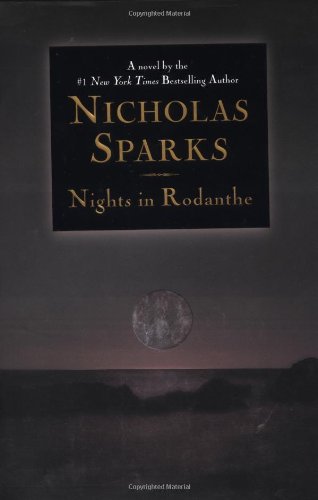 Sparks (, etc.) logs more miles on the winding high road of romance with the story of two middle-aged people who meet by chance in the small North Carolina coastal town of Rodanthe. The impassioned but doomed romance seems to owe much to Robert James Waller's . Once again, a housewife who has focused on everyone but herself indulges in a brief, intense, secret affair with a stranger who changes her life forever. As the story begins, Adrienne Willis is 60, the divorced mother of three grown children. To help her troubled daughter cope with the untimely recent death of her husband, Adrienne tells her the tale of her love affair, which took place 15 years before. At the time, Adrienne was an uptight matron whose ex-husband had just left her for a younger woman. This rejection colors her entire life, and Sparks realistically portrays a vulnerable and isolated woman who throws herself into raising her children to escape her despair. Paul Flanner, her paramour, is a surgeon and an obsessive workaholic with no genuine connection to his wife or son, whose world completely falls apart when one of his patients inexplicably dies. Sparks builds a taut, plausible relationship between his protagonists, but even fans may be irked by the obviousness of their story and the inevitability of their fate.

The Bridges of Madison County