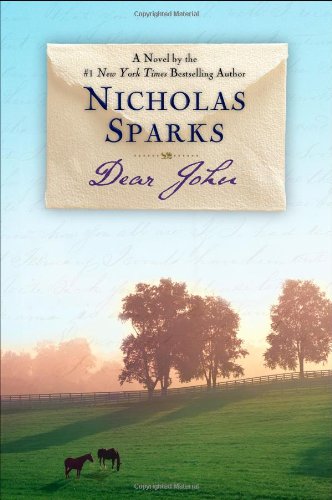 Hot on the heels of and sequel , Sparks returns with the story of ne'er-do-well-turned-army-enlistee John Tyree, 23, and well-to-do University of North Carolina special education major Savannah Lynn Curtis. John, who narrates, has been raised by a socially backward single postal-worker dad obsessed with coin collecting (he has Asperger's syndrome). John bypasses college for the overseas infantry; Savannah spends her college summers volunteering. When they meet, he's on leave, and she's working with Habitat for Humanity (he rescues her sinking purse at the beach). John has a history of one-night stands; Savannah's a virgin. He's an on-and-off drinker; she's a teetotaler. Attraction and values conflict the rest of the summer, but the deal does not close. Savannah longs for John to come home; her friend Tim longs to have a relationship with her. On the brink of John and Savannah's finally getting together, 9/11 happens, and John re-ups. Savannah's letters come less and less frequently, and before you know it, he receives the expected "Dear John" letter. Sparks's novel brims with longing.