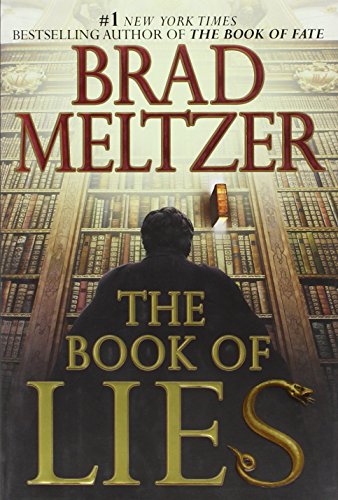 The Book of Lies

Bestseller Meltzer ( ) deserves credit for an audacious conceit—wedding the biblical fratricide of Abel by his brother Cain with the unsolved 1932 homicide of the father of Jerry Siegel, the creator of iconic comic book hero Superman—but the results are less than convincing. A highly tenuous link between the two murders revolves around the mysterious weapon Cain (“the world's greatest villain”) used to kill his brother. One of numerous theories is that the weapon was a divine book containing the secrets of immortality. After coming to the aid of a shooting victim, Calvin Harper, a homeless volunteer working in Fort Lauderdale, Fla., soon finds himself hopelessly caught up in a life-and-death quest for the ancient artifact that includes the obligatory secret societies, Nazi conspiracies, enigmatic villains and cryptographic riddles à la . A glut of two-dimensional characters and a plot riddled with coincidences don't help.